You are here: Home / Housing Market / Does Mortgage Rates Go Down in a Recession

What Does an Economic Slowdown Mean for the Housing Market and Mortgage Rates for Metro Detroit MI? Will Mortgage Rates go down if we find ourselves in a recession? 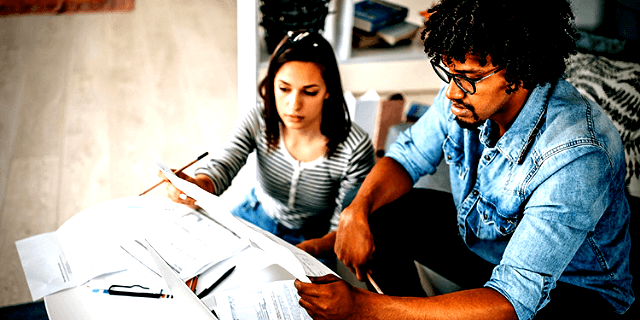 According to a recent survey, more and more Americans are concerned about a possible recession. Those concerns were validated when the Federal Reserve met and confirmed they were strongly committed to bringing down inflation. And, in order to do so, they’d use their tools and influence to slow down the economy.

All of this brings up many fears and questions about how it might affect our lives, our jobs, and business overall. And one concern many Americans have is: how will this affect the housing market? We know how economic slowdowns have impacted home prices in the past, but how could this next slowdown affect real estate and the cost of financing a home?

According to Mortgage Specialists:

Here’s the data to back that up. If you look back at each recession going all the way to the early 1980s, here’s what happened to mortgage rates during those times.  As the chart shows, historically, each time the economy slowed down, mortgage rates decreased. (see chart below): 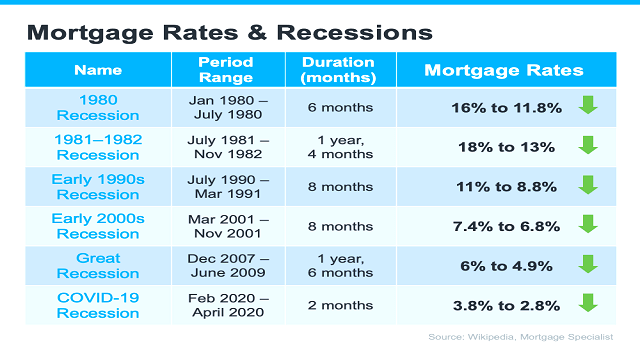 “Over the past five recessions, mortgage rates have fallen an average of 1.8 percentage points from the peak seen during the recession to the trough. And in many cases, they continued to fall after the fact as it takes some time to turn things around even when the recession is technically over.”

And while history doesn’t always repeat itself, we can learn from it. While an economic slowdown needs to happen to help taper inflation, it hasn’t always been a bad thing for the housing market. Typically, it has meant that the cost to finance a home has gone down, and that’s a good thing.

💥 Important 💥 We’ve seen many changes lately with high mortgage rates and now lenders are designing special programs to help you and compete for your business… Great News! 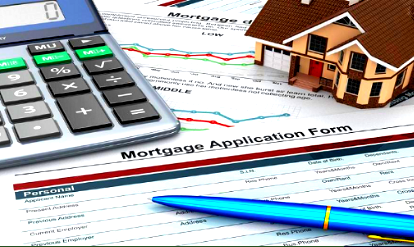 ✅ Do ~ Find out your FICA Score not your credit score. Check with your banking institution, they usually provide free FICA Scores.
✅ Do ~ Pull a free credit report from you bank or Free Credit Agency

🙋‍♀️~ Not sure where to start? Get Your Do’s and Don’ts during the loan process. Below are lenders I’ve worked with in the past that offer amazing programs and options. You can also check with your Bank or Credit Union (Alpha order: not based on preference.)

💥 Important 💥 Your Guides also have educational videos and links regarding where home prices are heading, mortgage rates, Housing Market Trends, and more.

It also involves the most significant financial transaction you probably will make in your lifetime. Your Buying Guide…will walk you through tips, strategies, and how to understand the numbers to strengthen your negotiation power.
Your Selling Guide…It will help you work through the selling process using the latest in high-tech market tools, so you make MORE Money. Our goal is to separate your home from the competition, and keep Buyers focused on your house. The Selling Guide is very detailed and works step-by-step, so you’re guaranteed Top Dollar for your home.

Step #3 💥Search Better Than a Realtor💥 on a Platform that was Designed by One. 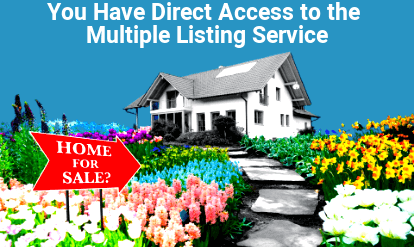 As a programmer, you now have direct access to the Multiple Listing Service so you can search BETTER than a Realtor. Better yet, you can customize your features, tech support and you can schedule an appointment right online.

Another huge feature you can modify and look for homes Coming Soon only, or view homes that have been on the market X number of days. Maybe a 1st floor primary bedroom or office is important. You can even search by lot features like ~ Golf Frontage ~ Water Frontage ~ Acreage ~ Large private treed lot or even a Cul-de-Sac. Your options are endless because I programmed it that way. Don’t forget to create an account and save your favorites and you will receive updates on new listings or coming soon to your email inbox. You also have tech support via cell or online messenger. Let me know what I can do to help.

Concerns of a recession are rising. As the economy slows down, history tells us this would likely mean lower mortgage rates for those looking to refinance or buy a home. While no one knows exactly what the future holds, you can make the right decision for yourself by keeping up to date on what’s happening in the housing market and what that means for you and your goal of moving. 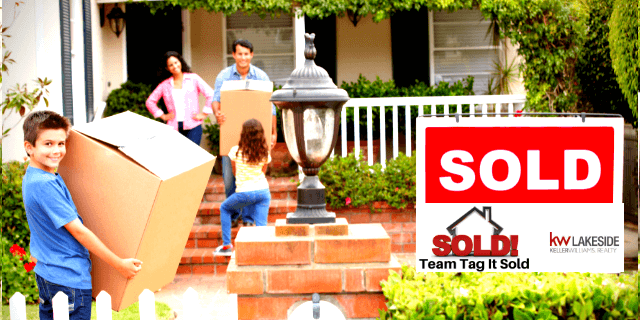 Have a Question ~ Tech Support? 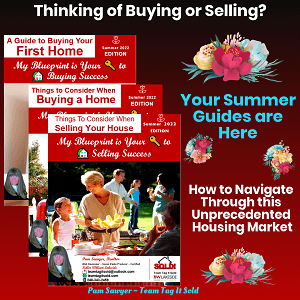 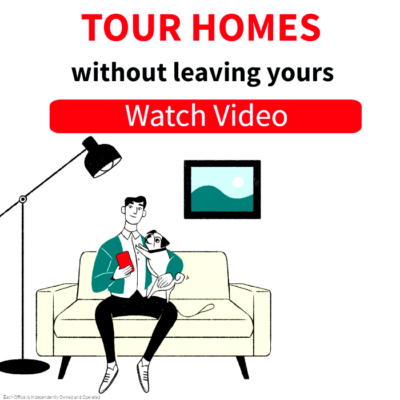